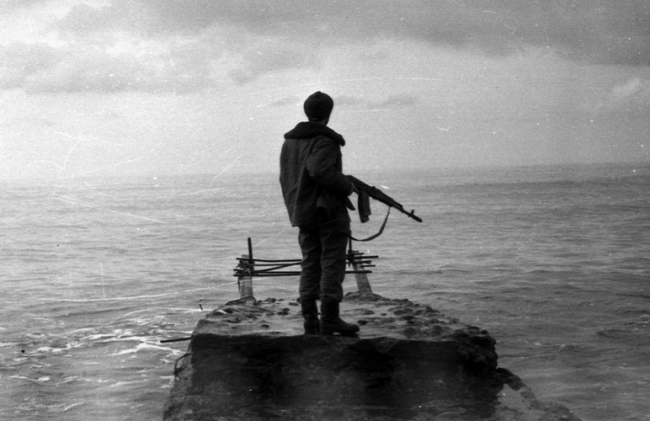 The Parliament of Georgia states that the Georgian nation, who has a history of statehood spanning over 3,000 years, the nation, who has created unique culture and civilization, the nation, who has its own writing system out of 14 scripts in existence in the world, the nation, who adopted Christianity in the 4th century and has preserved its religion since then, the nation, who grows over 500 varieties of vine out of 4,000 in existence and thirteen varieties of wheat out of twenty-three, this nation has always been a victim of genocidal wars throughout history and it continues today.
The Parliament of Georgia is making a statement to the entire world that the Georgian people, as a nation and as a state, has been a victim of brutal battles and horrific wars throughout millennia. These wars aimed to invade the land and the entire country, but

also to annihilate the Georgian nation, its culture, its religion, its national identity. There is a clear evidence in place: there were historically well-known invasions that lasted for centuries, including those by Arabs, Persians, Khazars, Seljuks, Ottomans, Mongols, Turks and as a result millions of Georgians were killed based on their ethnicity, millions of Georgians were forced out of their lands and resettled to foreign countries and tens of millions were sold as slaves, mostly on Asian markets.
There is evidence of historic genocide of Georgians of horrifying scale. On 9 March, 1226, Jalal Ad Din Khwârazmshâh, killed 100,000 peaceful Christian Georgians in just one day. This was atrocity committed on ethnic and religious basis, as the ruler punished those Georgians who refused to trample on a cross laid on the bridge. Tamerlane, an emir of Central Asia invaded Georgia eight times in 1386-1403 years, murdered and persecuted thousands of ethnic Georgians and burned graveyards and vine – which is a cultural symbol of Georgia. In 1614-1617, an Iranian Shah committed another act of ethnic cleansing when he forced four hundred thousand Georgians to exile from Georgia to Persia and resettled Turkmenistan-Islamic tribes in their place. In 1616, Shah-Abbas assassinated 6,000 monks and religious figures in Davit Gareji Christian monastery on Easter holiday, another horrifying act that goes beyond the scales of genocide.

Furthermore, all forms of governments of the Russian empire has been committing genocide against the Georgian nation since our invasion in 1802. Russia abolished the statehood of Georgia, suppressed the autocephaly of the Georgian church and invaded and annexed independent Georgia in 1921, occupied the territories of Georgia and handed them over to a neighboring state, which then caused forced assimilation of millions of Georgians, millions of Georgians were deprived of their language, faith and culture. It is noteworthy that the war between the fascism and the bolshevism in 1941-1945 killed 400,000 of ethnic Georgians out of 3 million who lived in those times. Russia’s main strategy remains to commit genocide of the Georgian people and President Vladimir Putin is the main person executing the strategy. An obvious demonstration to that are the brutal wars that Russia started in Abkhkazia and Tskhinvali regions in the 90s. The Russian aggression in August 2008, the occupation of the land that followed the war and forceful expulsion of over a half of a million of people from ancient Georgian territories and their oppression on the basis of ethnicity, killing of tens of thousands of people again based on their ethnicity, recognition of these territories as independent republics, horrible discrimination of the ethnic Georgian population still living in those regions, forced assimilation, prohibition of teaching and working in the Georgian language, destruction of the monuments of the Georgian culture, demolition of Georgian towns and villages in order to remove the
Georgian trace in them, the murder of civilians, their torture and arrests – these are daily atrocities that Russia commits against the people of Georgia. Thus, according to the Convention on the Prevention and Punishment of the Crime of Genocide adopted in 1948, there is an historic and still ongoing genocide against the people of Georgia, which aimed and still aims to annihilate the members of the national team and create conditions to destroy in part or entirely the nation of Georgia. The acts of discrimination, ethnic cleansing, religious and cultural persecution still persist and today they are committed by the Russian Federation. We all see aggression, occupation, sanctions, persecution of the people of Georgia based on their ethnicity not only in Georgia, but also on the territory of Russia. This has been repeatedly confirmed by rulings of the European Court for Human Rights.
On 2 October 1992, ethnic hatred escalated so far that Russian militaries and their mercenaries organized mass murder of civilians at a stadium in Gagra, a city in Abkhazia populated by ethnic Georgians, cut off their heads and played football with their heads.
The Russian Empire and then its successor the Soviet Empire would deport ethnic Georgians from Georgian territory and resettle foreign ethnic tribes from the North Caucasus to Abkhazia and Tskhinvali regions. This was a deliberate action to change an ethnic composition of the population in Georgia. The Soviet empire would create nations from these tribes artificially and write fake histories. Moscow has used the product of this strategy today and has grabbed twenty per cent of the Georgian land.
The Parliament of Georgia states:
1. The historic and the ongoing genocide against the Georgian people be declared as confirmed; 2. Based on the existing factual evidence and materials, all state agencies begin criminal and international legal proceedings against the people accused of, suspected in committing or aiding and abetting genocide against the Georgian nation; 3. Call on the international community, international organizations, foreign governments and parliaments to recognize the historic and ongoing genocide of the Georgian nation. This recognition will not only rescue the Georgian nation and the Georgian civilization, but it will also ensure peace in the region and in the world, take the security of all small, vulnerable nations to a new level and protect them from imperialistic and genocidal politics
Share