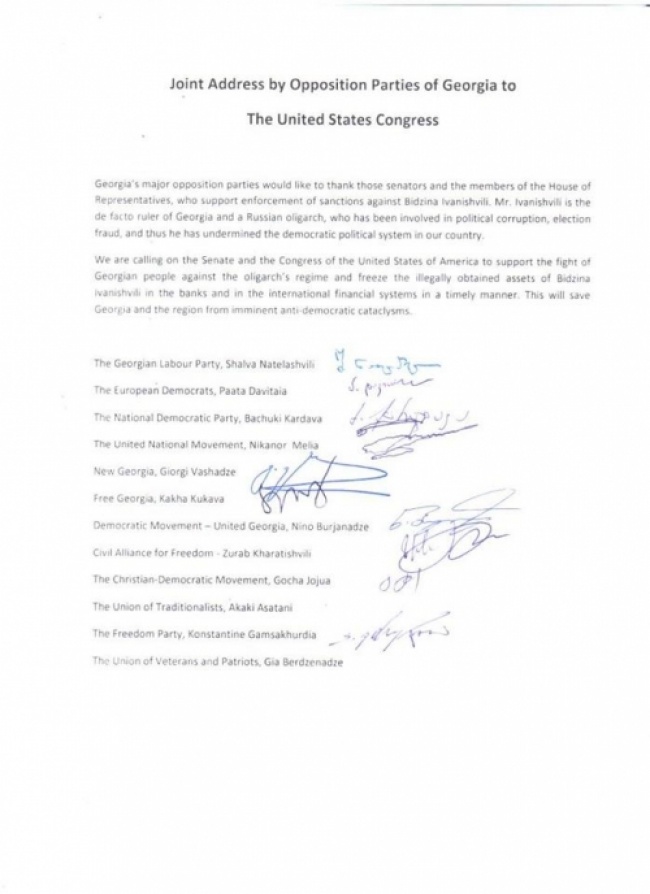 Georgia's major opposition parties would like to thank those senators and the members of the House of Representatives, who support enforcement of sanctions against Bidzina Ivanishvili. Mr. Ivanishvili is the de facto ruler of Georgia and a Russian oligarch, who has been involved in political corruption, election fraud, and thus he has undermined the democratic political system in our country.

We are calling on the Senate and the Congress of the United States of America to support the fight of Georgian people against the oligarch's regime and freeze the illegally obtained assets of Bidzina Ivanishvili in the banks and in the international financial systems in a timely manner. This will save Georgia and the region from imminent anti-democratic cataclysms. 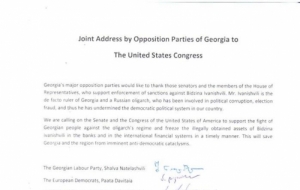 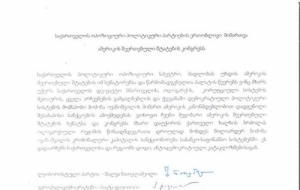